Martinique is an overseas department of France and if you are arriving from one of the neighbouring Anglo-Caribbean islands you will notice a big difference in the standard of living – all thanks to generous French subsidies. The island has no natural resources and most of its economy is devoted to sugar production so subsidies are critical and hence calls for independence never gain traction. 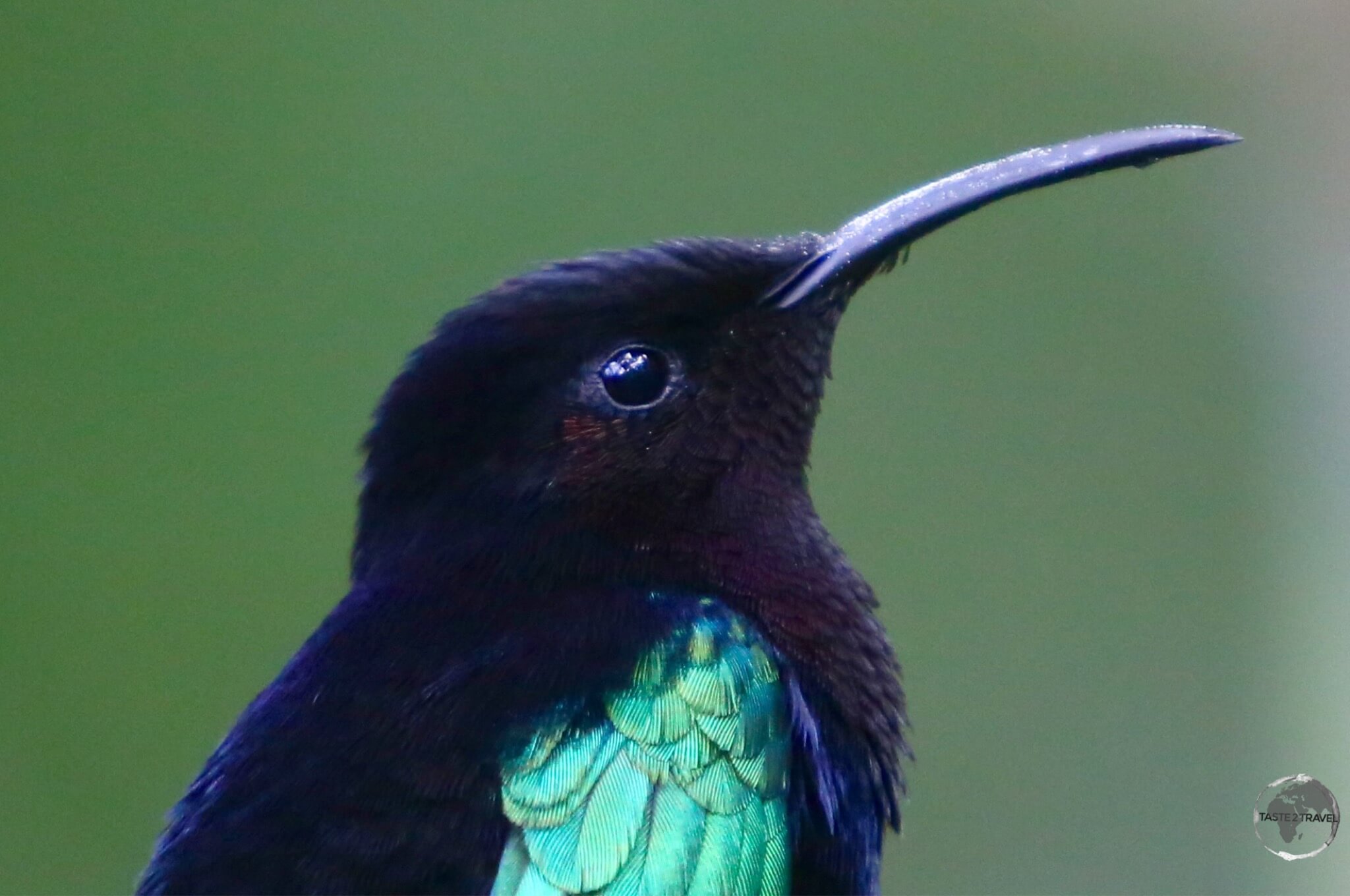 The Madeira Hummingbird is a common sight on Martinique.

Unlike the Anglo-islands, the French provide a regular ferry service, which connects Martinique to its neighbours and Guadeloupe – for more on this, see the ‘Getting There‘ section below.

Martinique is the 3rd largest island in the Lesser Antilles after Trinidad and Guadeloupe. The island is 70 km in length and 30 km wide and getting around is made easy thanks to investments by the French government in infrastructure and public transportation.

Part of the Lesser Antilles, Martinique is located in the Caribbean sea, north of St. Lucia and south of Dominica.

Like its neighbours, Martinique is a volcanic island, lying along the fault-line where the North America plate slides beneath the Caribbean plate. The highest point is Mont Pelée (1,400m), an active volcano, which last erupted in 1902, destroying the capital of St. Pierre and killing 28,000 people in 2 minutes. Today the islands capital is Fort-de-France, which is out of reach of the destructive forces of Mont Pelée. 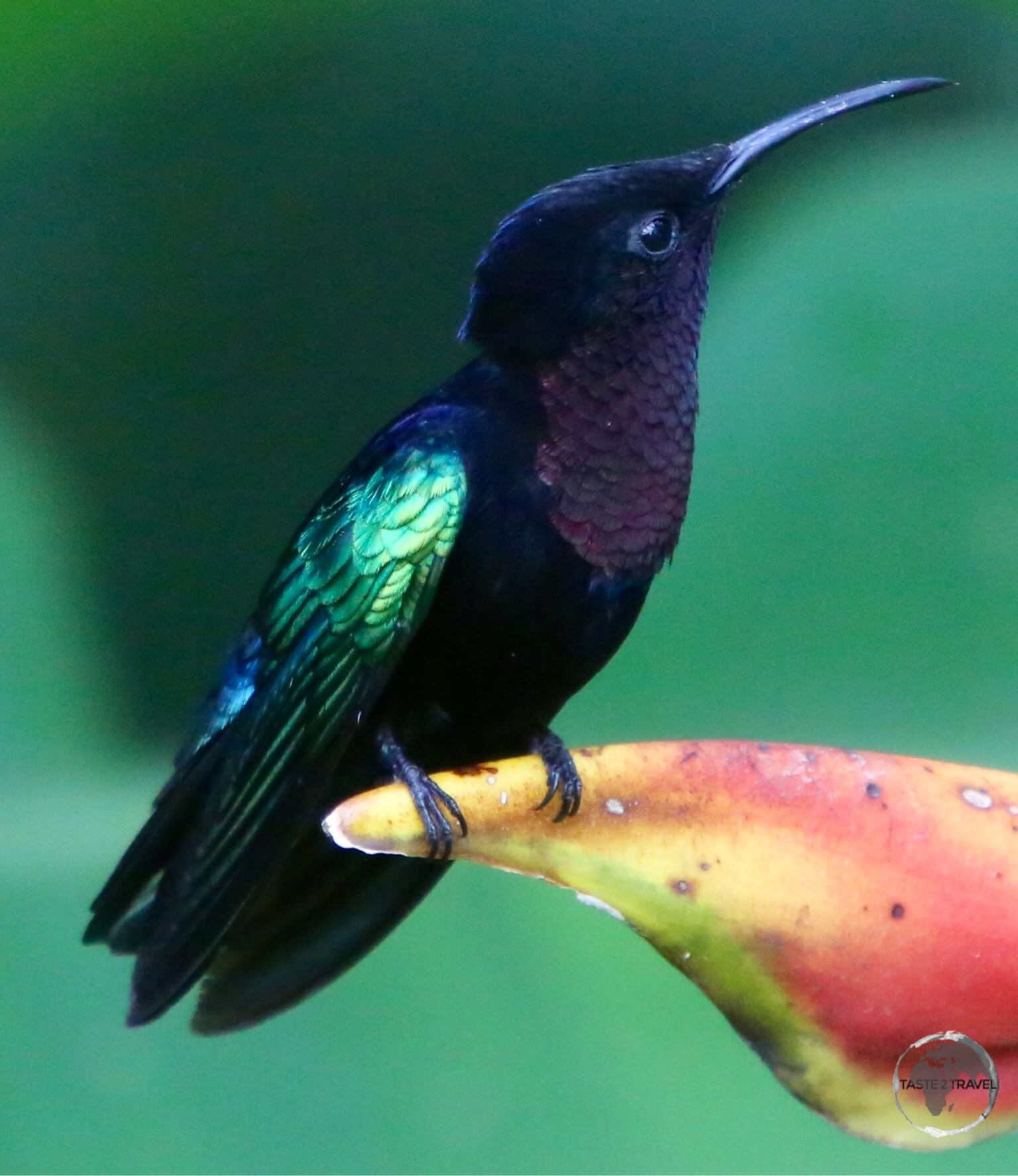 A Madeira Hummingbird on Martinique.

Culturally the island is very different to its neighbours, reflecting a distinctive blend of French and West Indian cultures.

Being a department of France, Martinique is an outpost of the European Union, along with neighbouring Guadeloupe and French Guiana in South America. Its currency is the Euro. All political decisions affecting the island are made thousands of miles away in Paris. In the past protests have erupted over the rising cost of living as most goods cost more on the island than on the mainland. 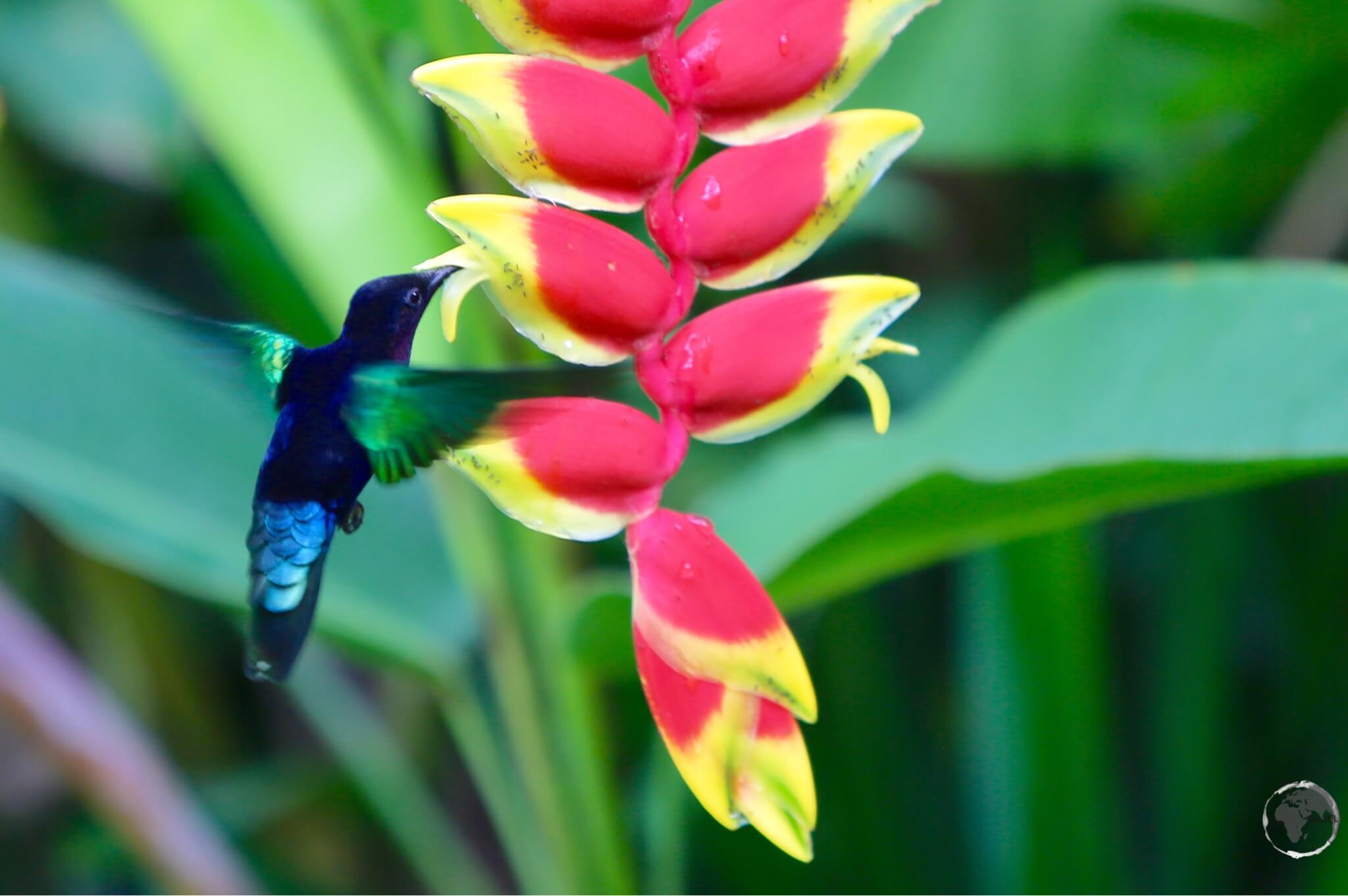 The island was originally inhabited by native Arawak, then Carib then the more aggressive Taino Indians. Columbus charted the island in 1493 but Spain had little interest in it. 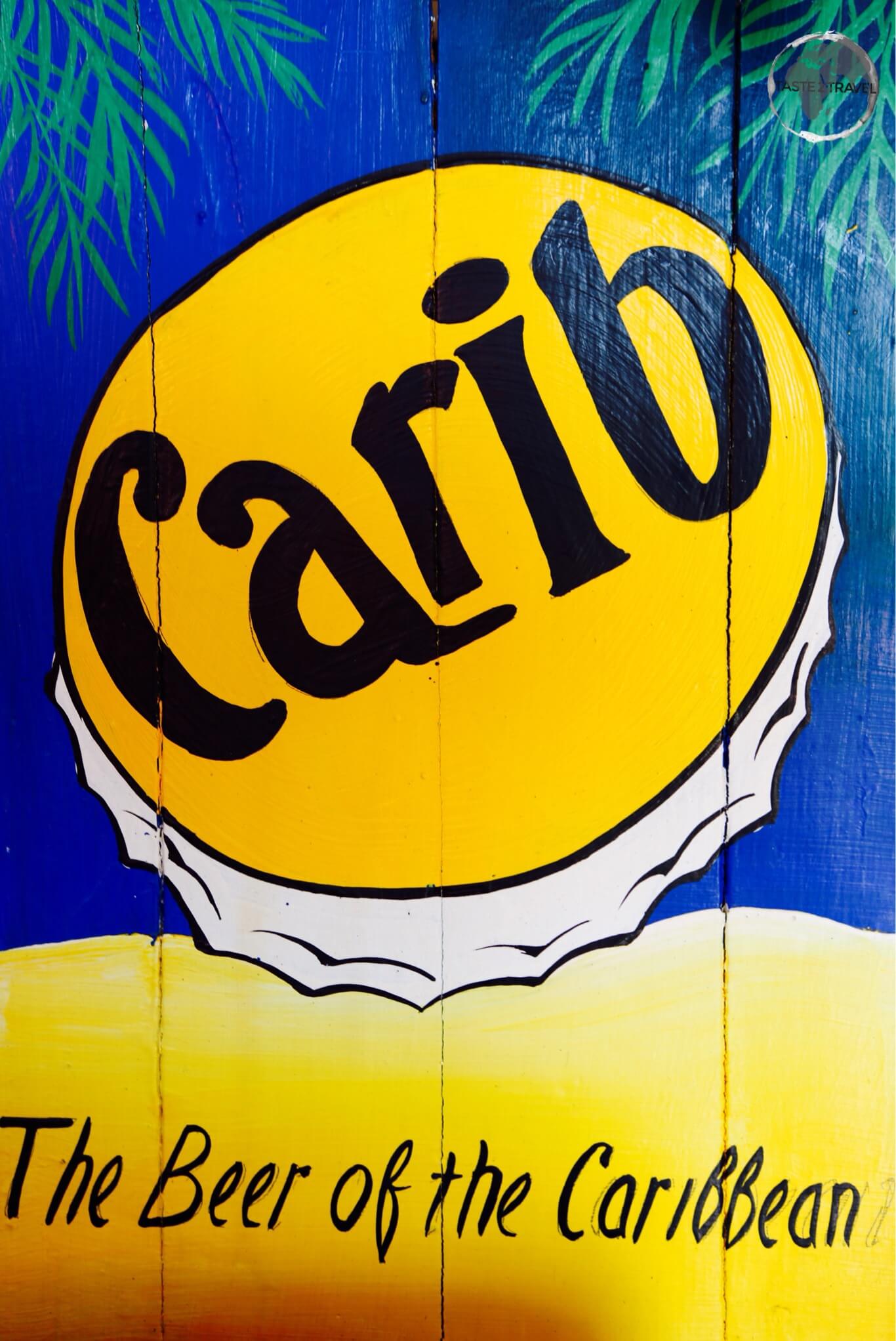 A Carib Beer advertisement on Martinique.

The French arrived in 1635 after being expelled from St. Kitts by the British and settled the island. The French have maintained possession since that time except for three short periods when it was under British occupation. The island was used primarily for the production of sugar. 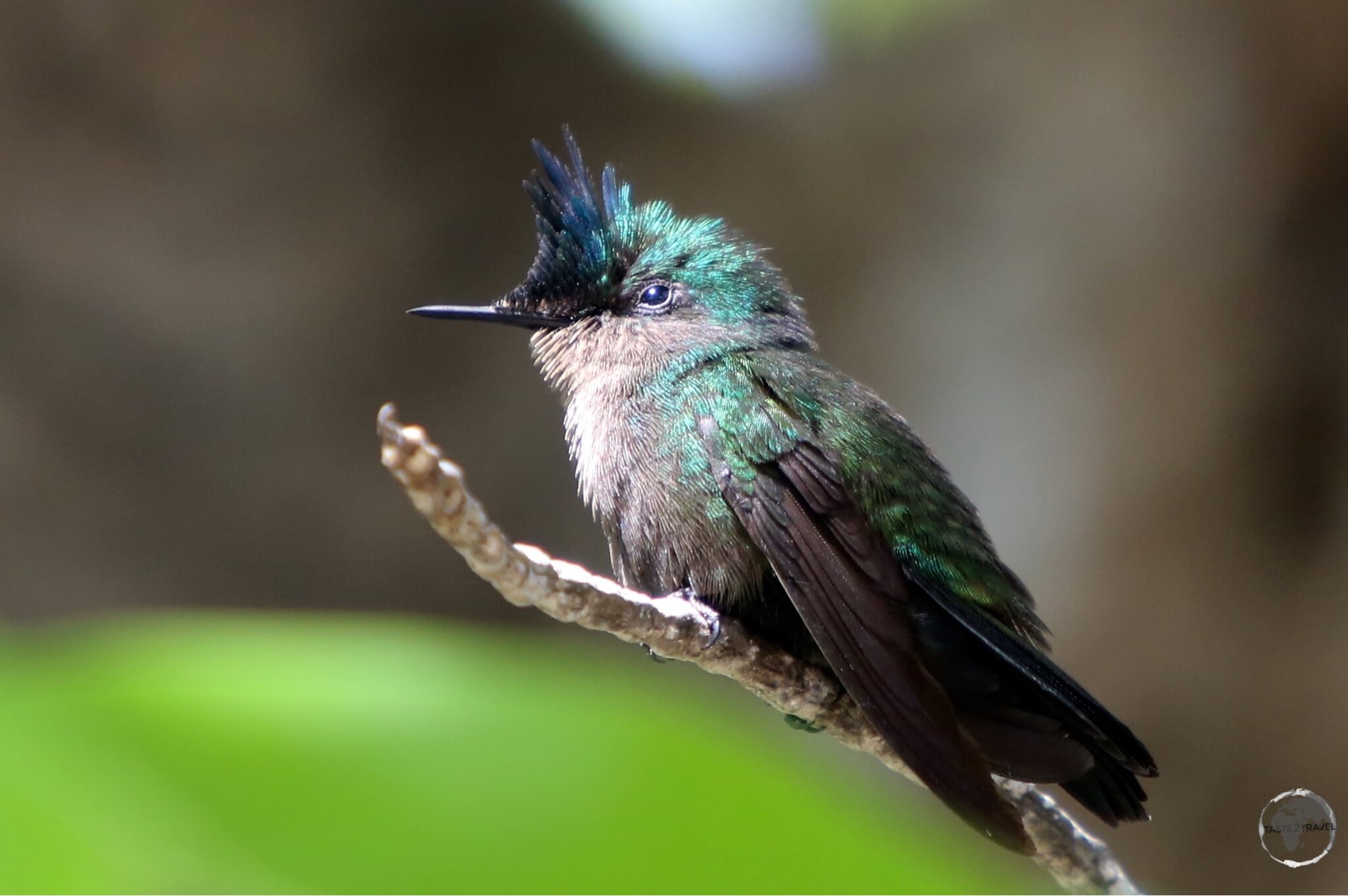 Martinique has a population of around 400,000, with an additional 260,000 Martiniquais living in mainland France. Most of the population is descended from African slaves brought to work on sugar plantations during the colonial era. Both French and Creole are widely spoken. Today tourism is a key industry. 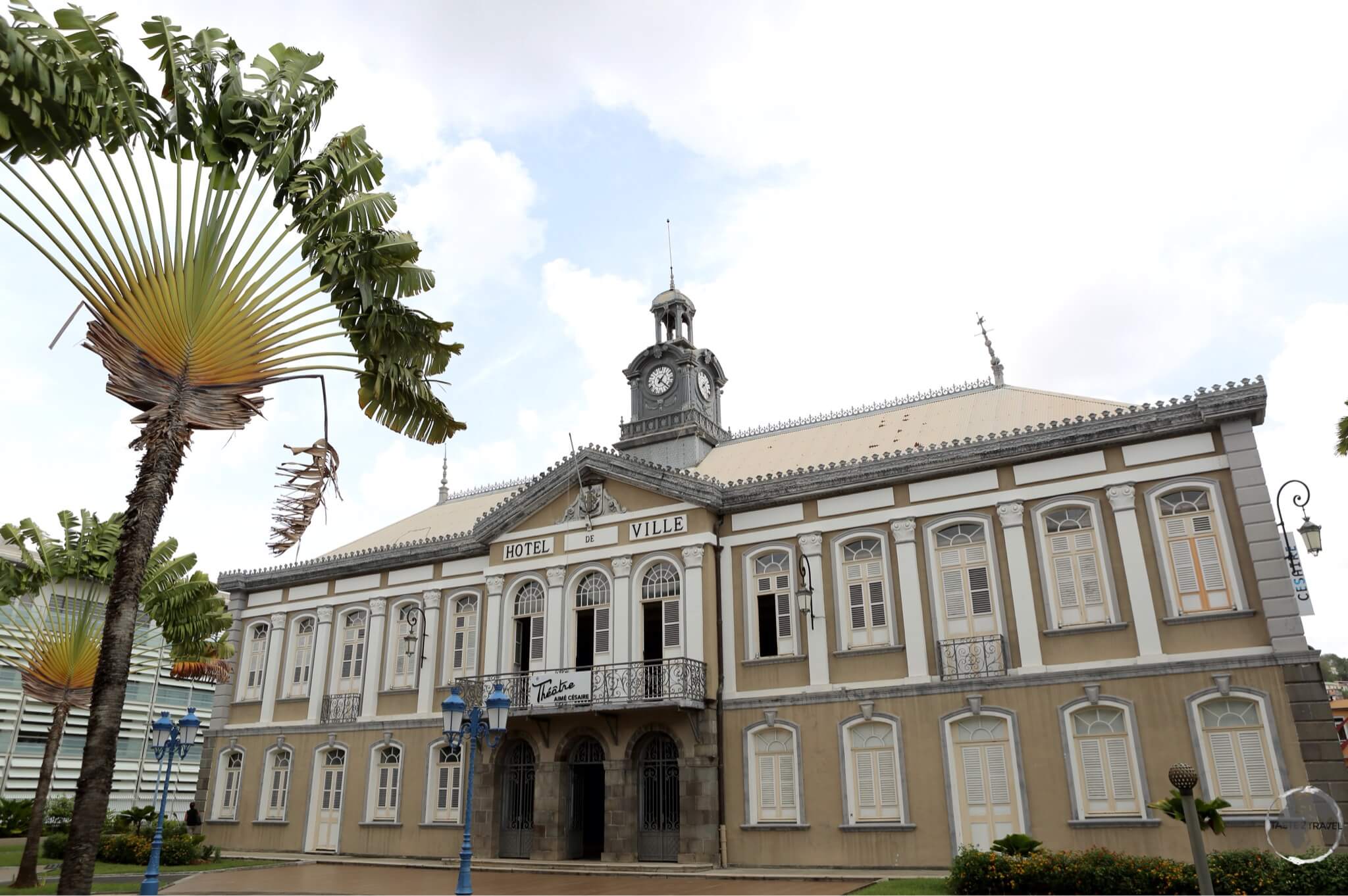 Fort-de-France is the capital and largest city (population: 90,000) of Martinique. The old town is small and compact and most sites can be covered on foot in one day.

Place de la Savane – This is a park where you will find cafes and restaurants and a vandalised (beheaded) statue of island native Joséphine de Beauharnais, first wife of Napoleon Bonaparte. It was vandalised in the 1990’s by individuals who blamed her for supporting the re-establishment of slavery on the island. Her parents were plantation owners. 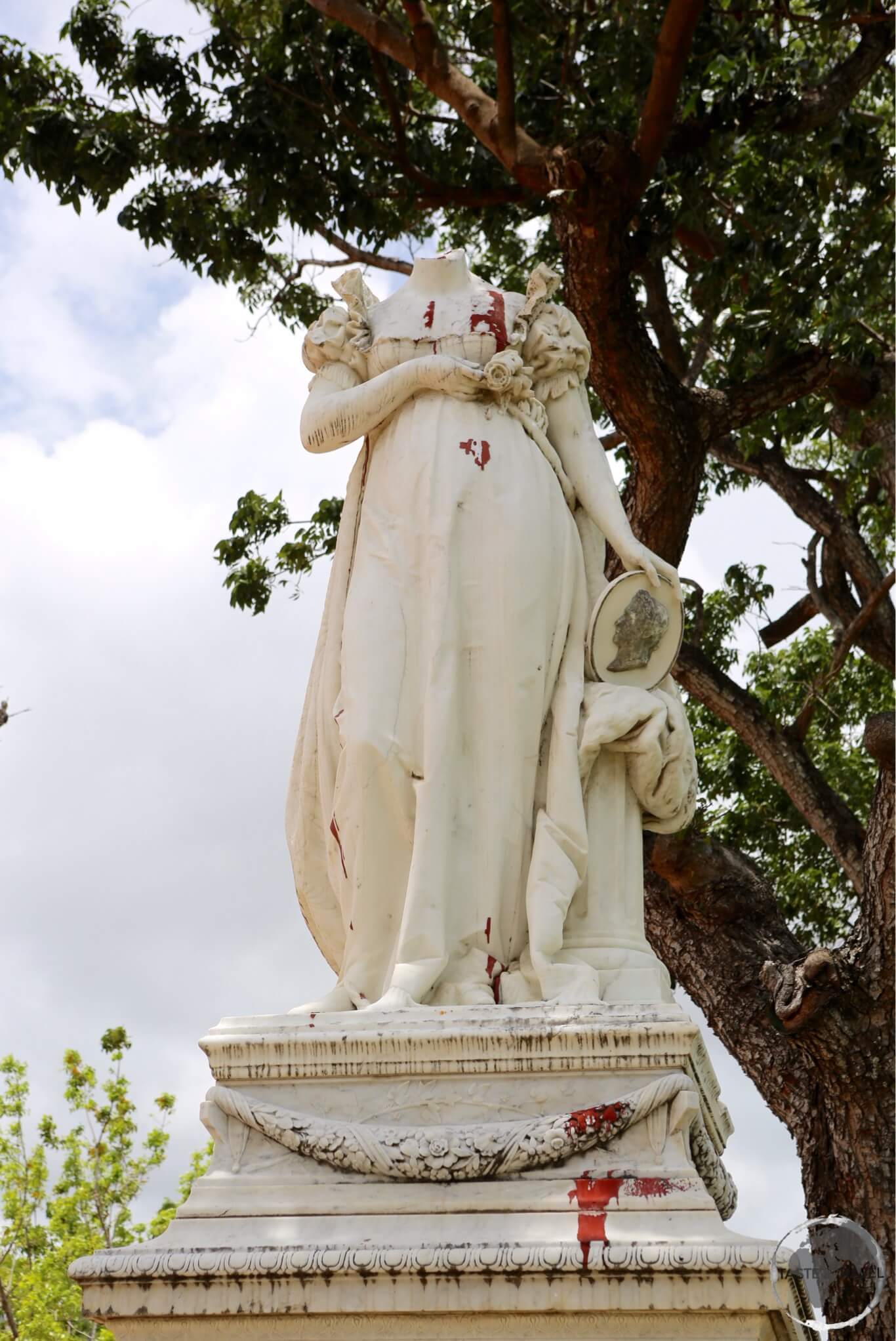 A vandalised statue of Martinique-born Empress Josephine, the wife of Napoleon Bonaparte

Schoelcher Library – Designed by Gustave Eiffel, the entire library was first built in France then shipped piece by piece to Martinique as a monument to Victor Schoelcher the French abolitionist writer. 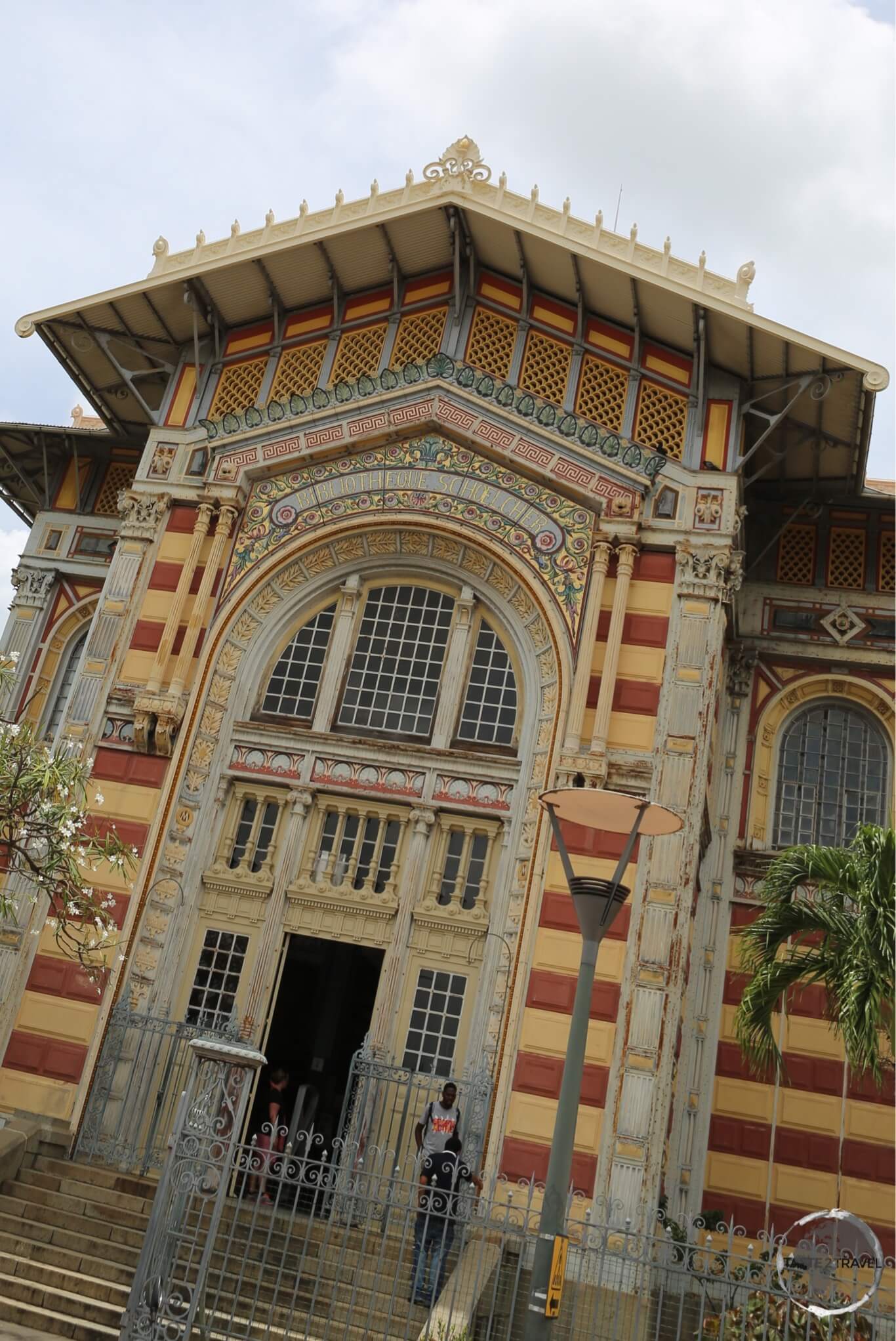 The Schoelcher Library in Fort-de-France, designed by Gustav Eiffel.

St. Louis Cathedral – Another Gustave Eiffel design, this is the 7th church to occupy the site, the previous six churches were destroyed by either fire, earthquakes or hurricanes. Eiffel designed the church with an iron frame for robustness. 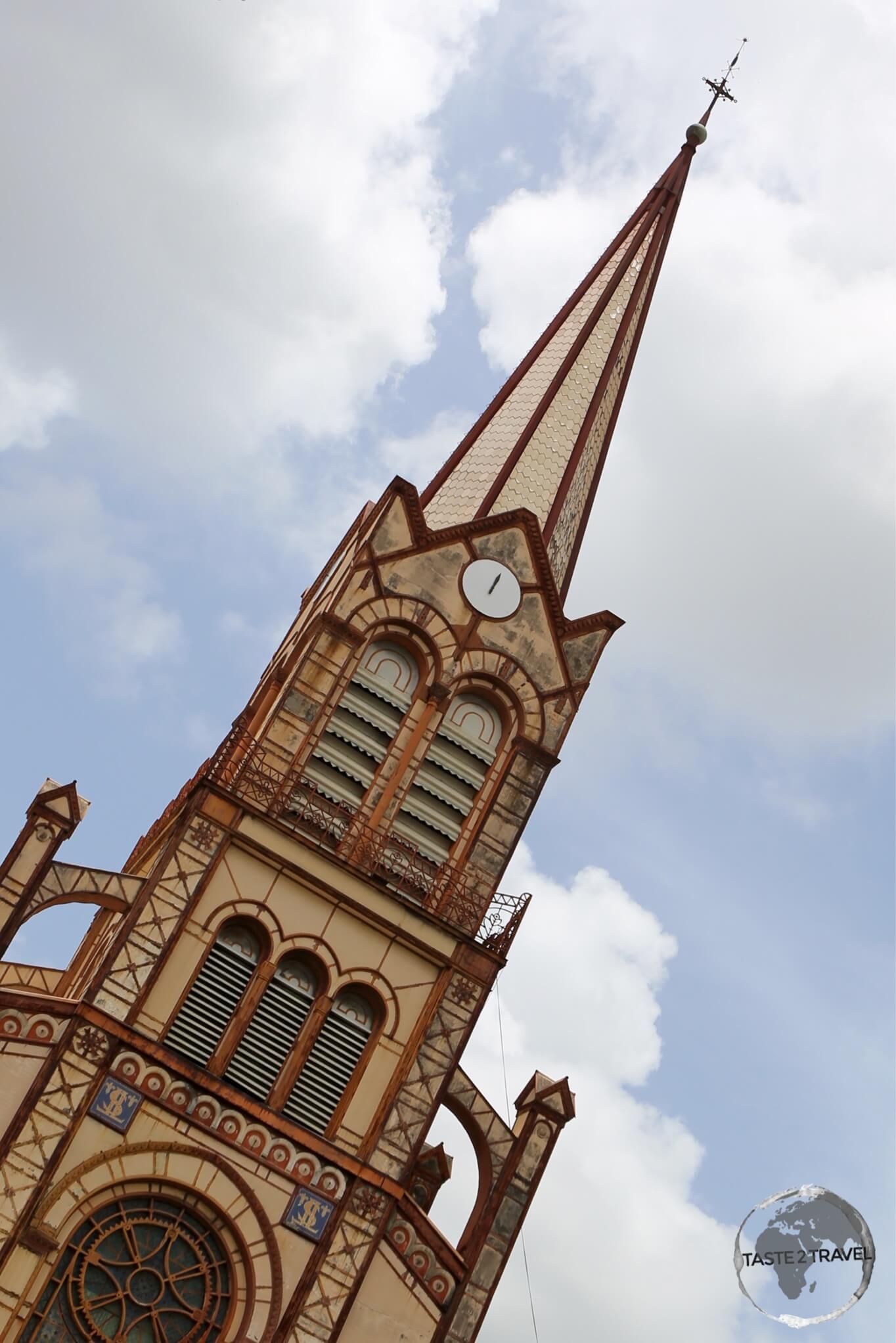 The ferry terminal for the Express-des-Iles ferry (services to St. Lucia, Dominica and Guadeloupe) is located downtown. For more on this, see the ‘Getting There‘ section below. 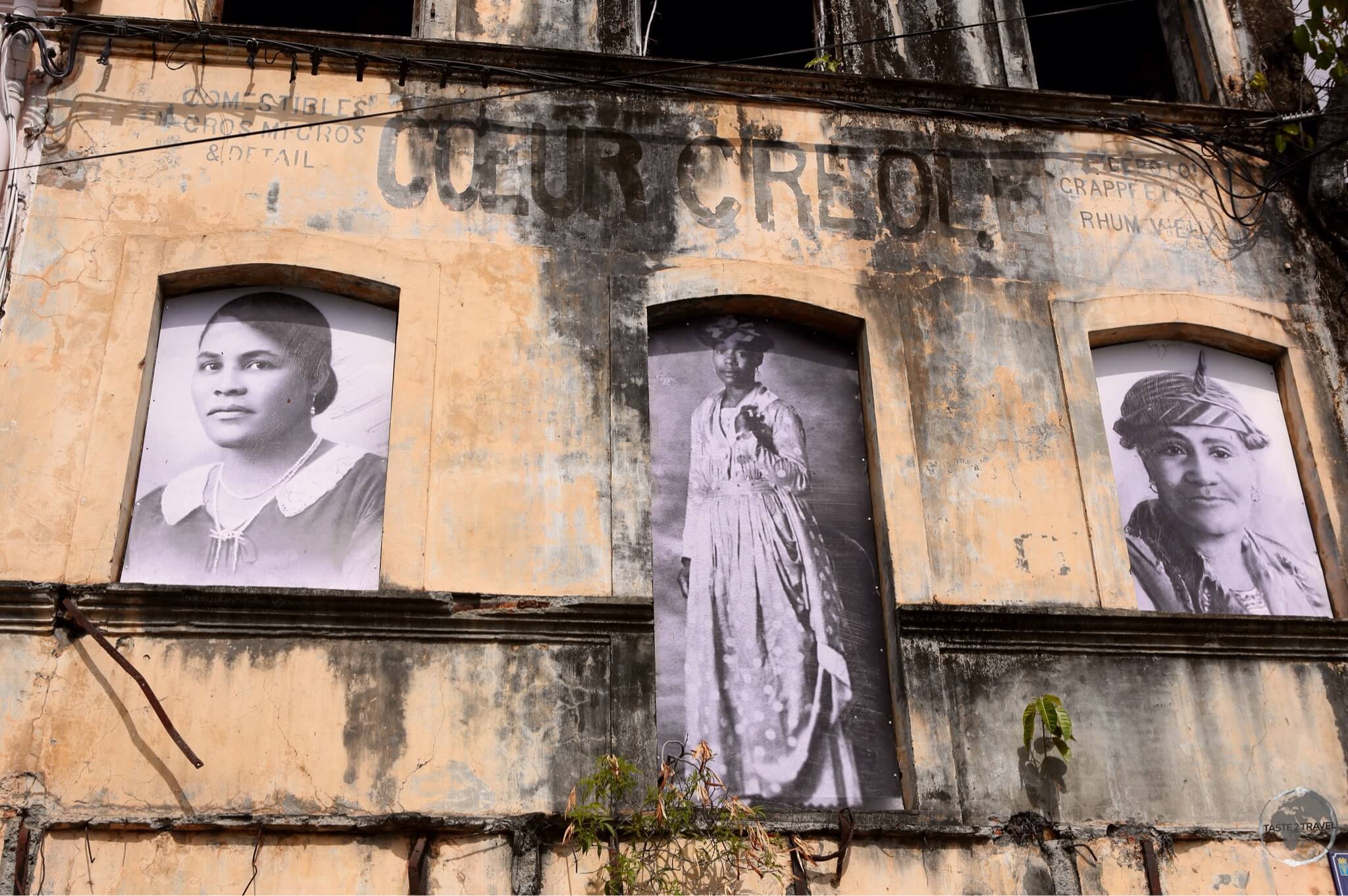 A ruined building in St. Pierre displays photos of some of the victims of the volcanic eruption which destroyed the former capital.

The site of the original French settlement and once known as the “Paris of the Caribbean”, the former capital – St. Pierre – was destroyed in minutes on the 8th of May 1902 when nearby Mont Pelée erupted, killing 28,000 people.

After the eruption refugees from Martinique fled to neighouring Dominica, where many remained. Shortly after the devastation, the capital was relocated south to Fort-de-France. 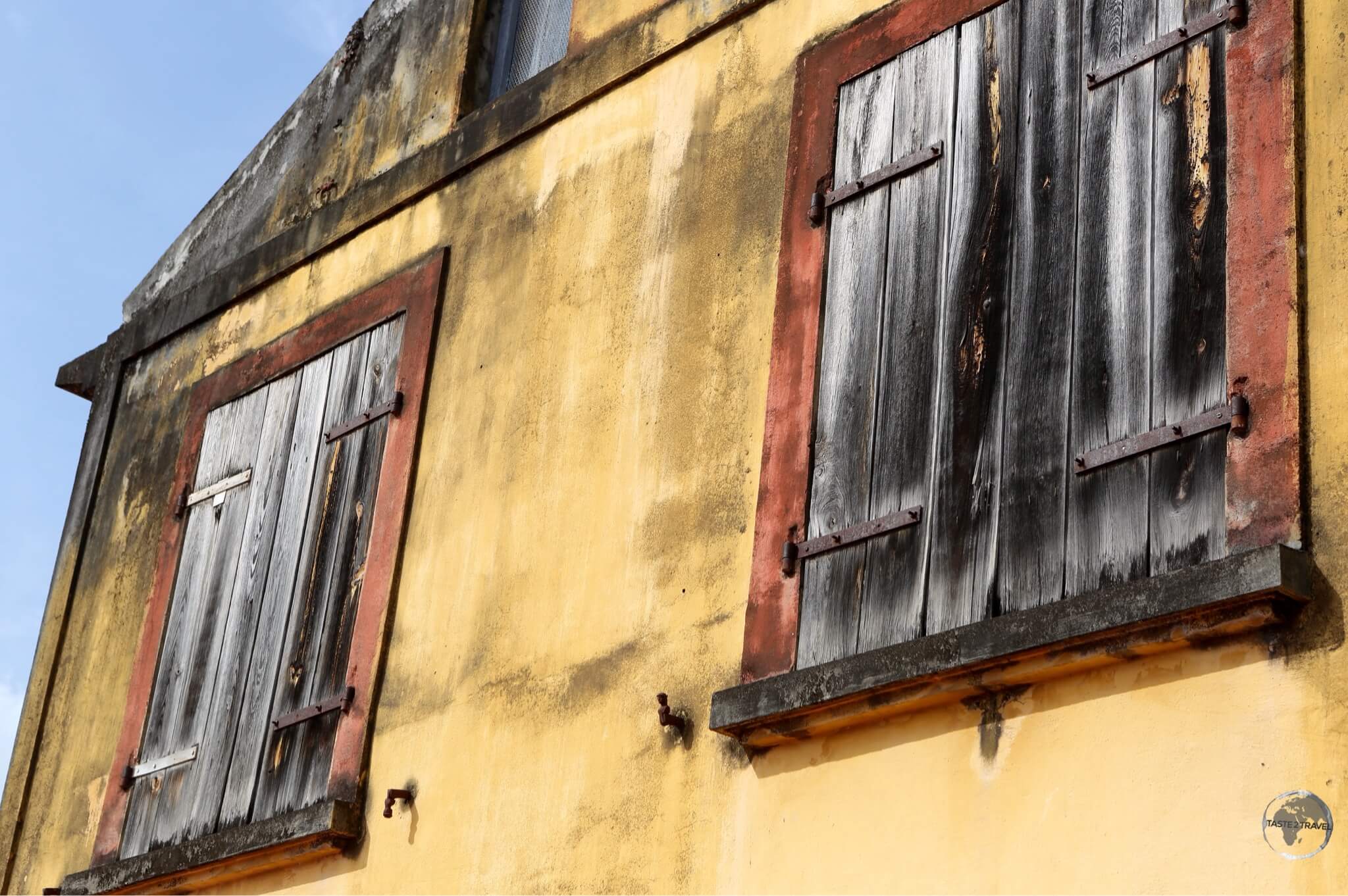 An abandoned building in St. Pierre, the former capital which was destroyed by a volcanic eruption.

Today the town is back to life but many buildings have been kept untouched since the eruption as a historical reminder. All the sites can be covered on foot in a couple of hours.

Sites worth visiting include the Volcano museum, the ruins of the old theatre and the adjacent jail cell which, on the morning of the explosion, contained one prisoner (a local drunk) who was protected from the eruption by the thick stone walls and the poor ventilation of his dungeon-like cell. He was one of just 3 survivors. He was later pardoned for his crimes and then toured the United States as an act with the Barnum & Bailey circus.

In the early 19th century, plantation owners, who were facing a decline in the global sugar market, turned to rum production as a way of supplementing their income.

Today there are no fewer than 10 rum distilleries on Martinique so it was fitting that the tourist office created the Route des Rhums. 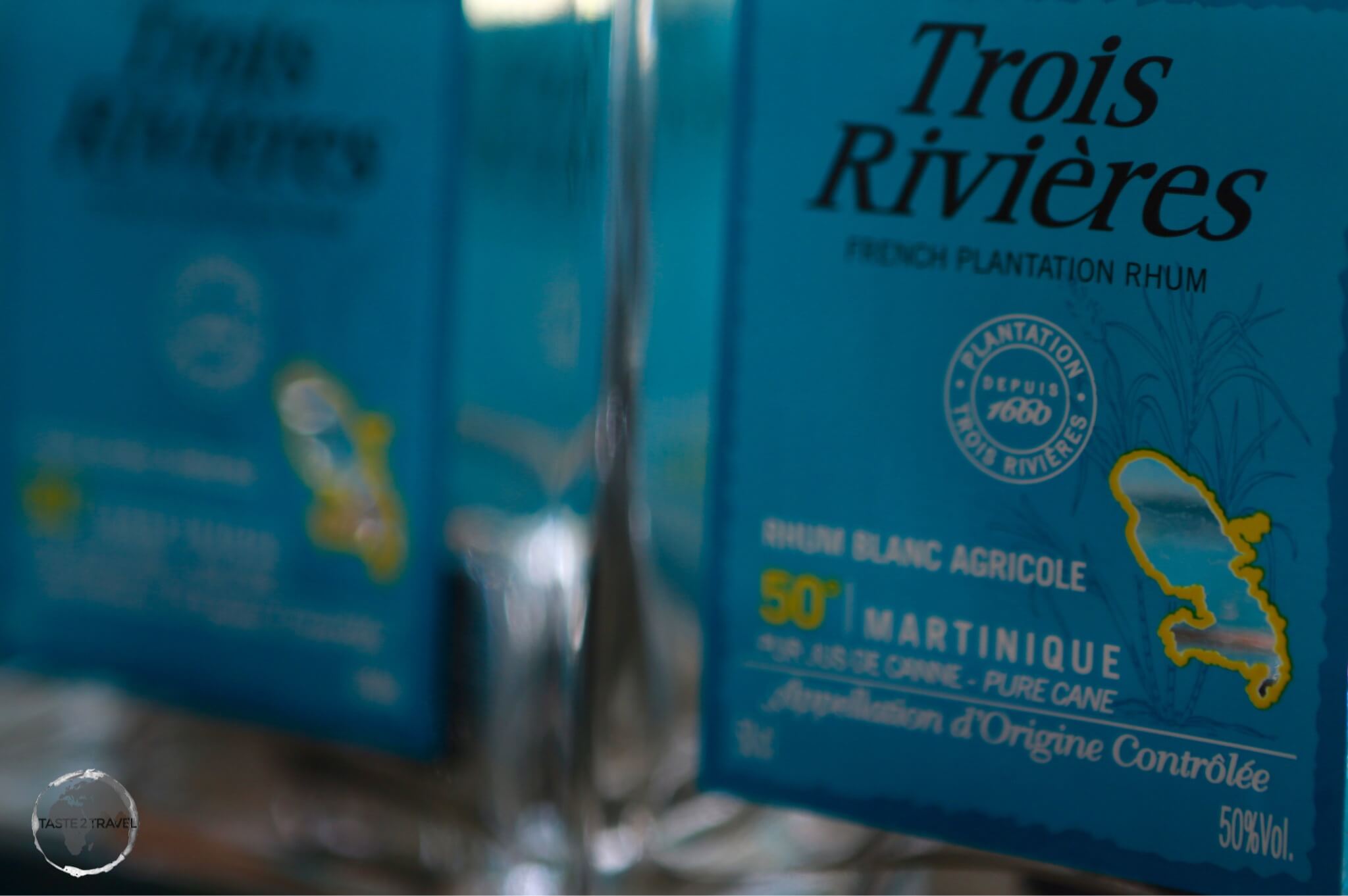 The distilleries can be found all over the island so you are never far from your next tasting. They are educational and informative. I recommend visiting La Mauny and Trois Rivières, both located in the south of the island. 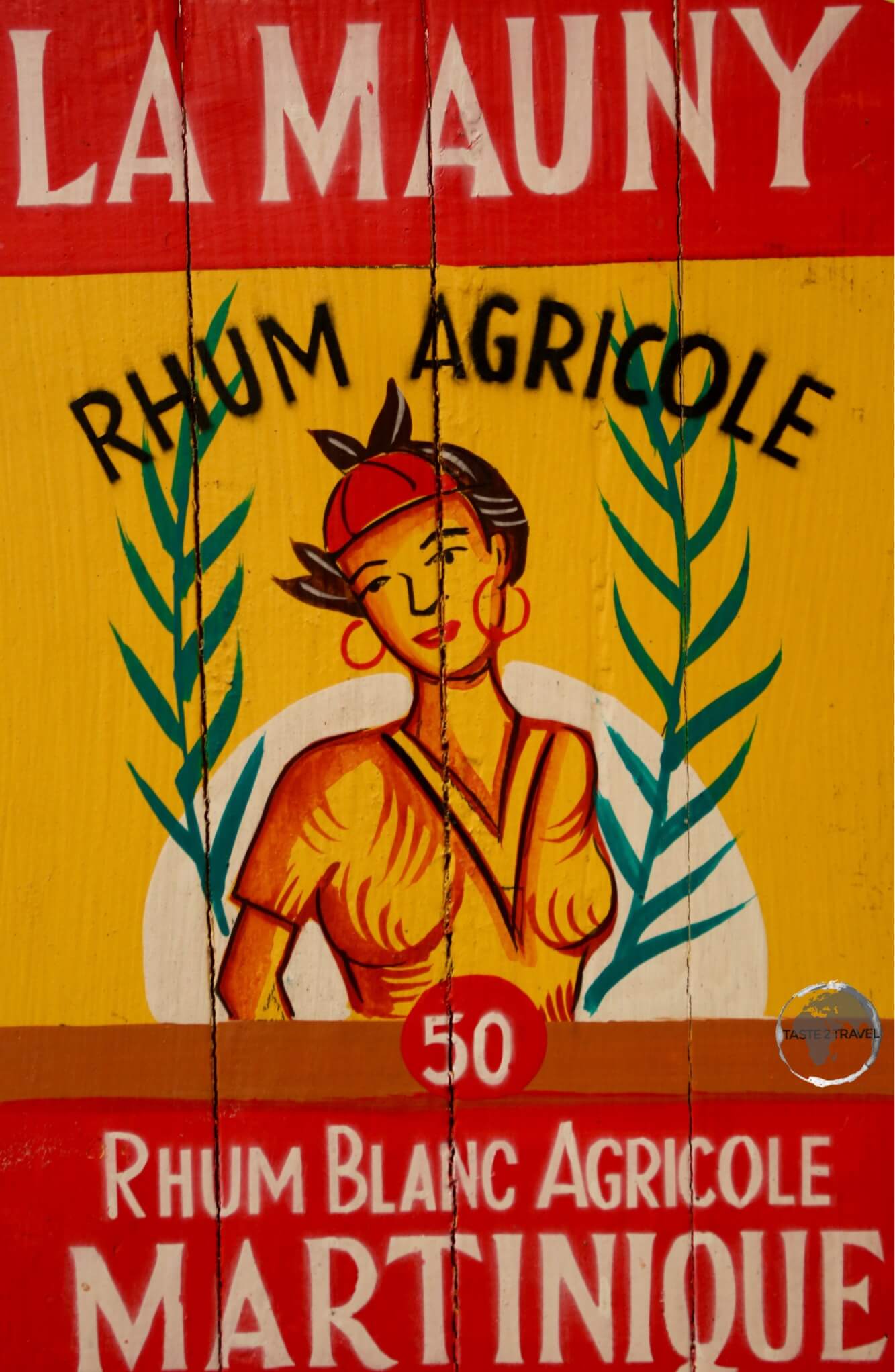 Not to be out-done, La Mauny rum is also very quaffable. 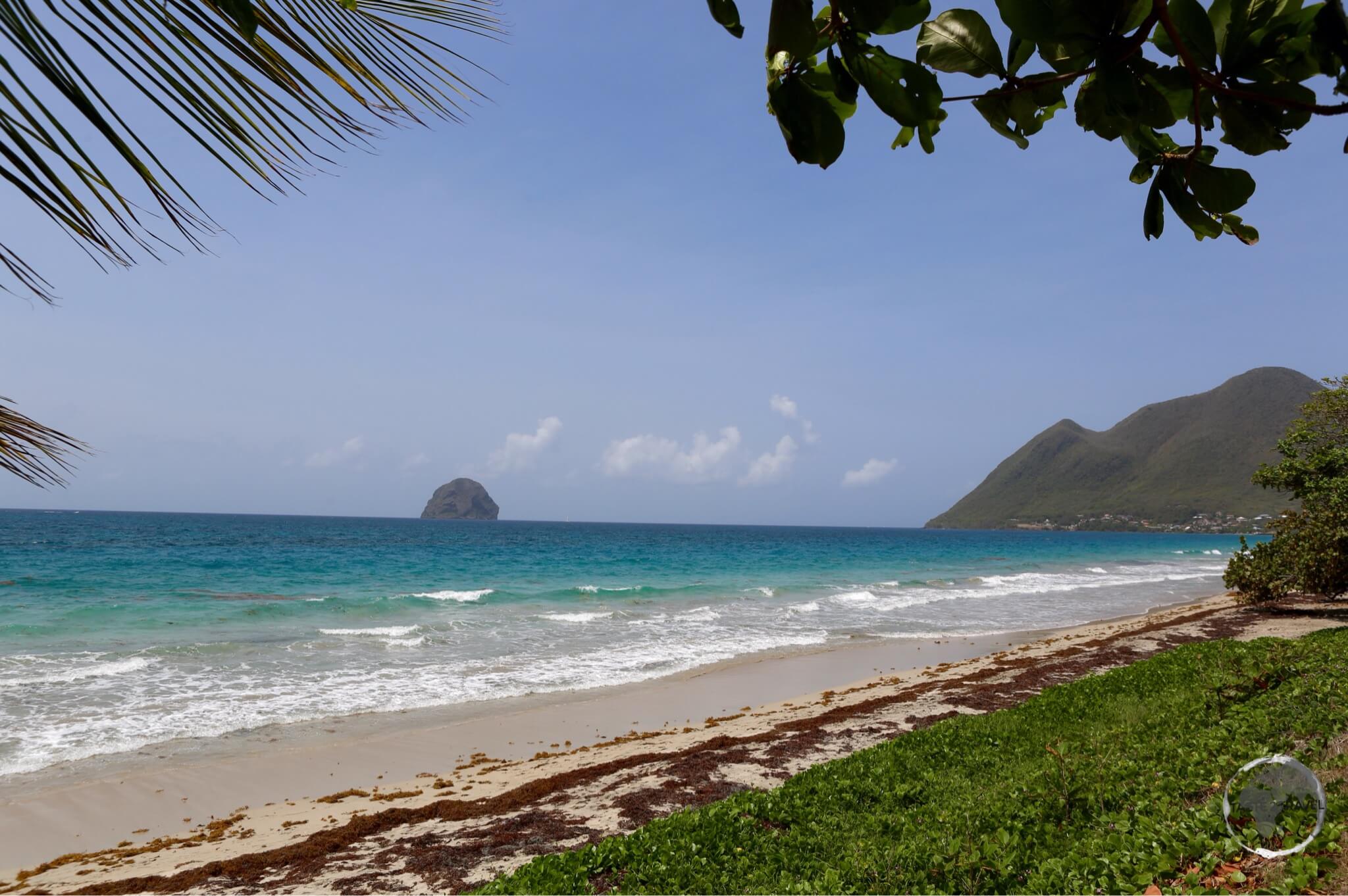 There are many fine beaches in the south-west and at the southern end of the island.

Nearby Les Anses-d’Arlet is the smaller beach of Anse Dufour, which also offers good snorkeling. There are many fine dining options around the beach.

At the southern tip of the island is the remote but beautifully sweeping Grand Anse Des Salines. At the time of my visit the powdery white sand was covered in seaweed from recent storms.

Martinique is full of accommodation options. Many French expats have relocated to the island from the mainland and have established guest houses and B&B accommodation.

A highly recommended downtown option is Hotel Fort Savane, centrally located across the road from La Savane and a short walk from the ferry terminal – a good place to stay if you have an early departure the next day.

Being a French territory blessed with beautiful beaches, there is the ubiquitous Club Med – plus many other fine resorts.

Peak season is from December to April. Best to book in advance using an online agent such as booking.com 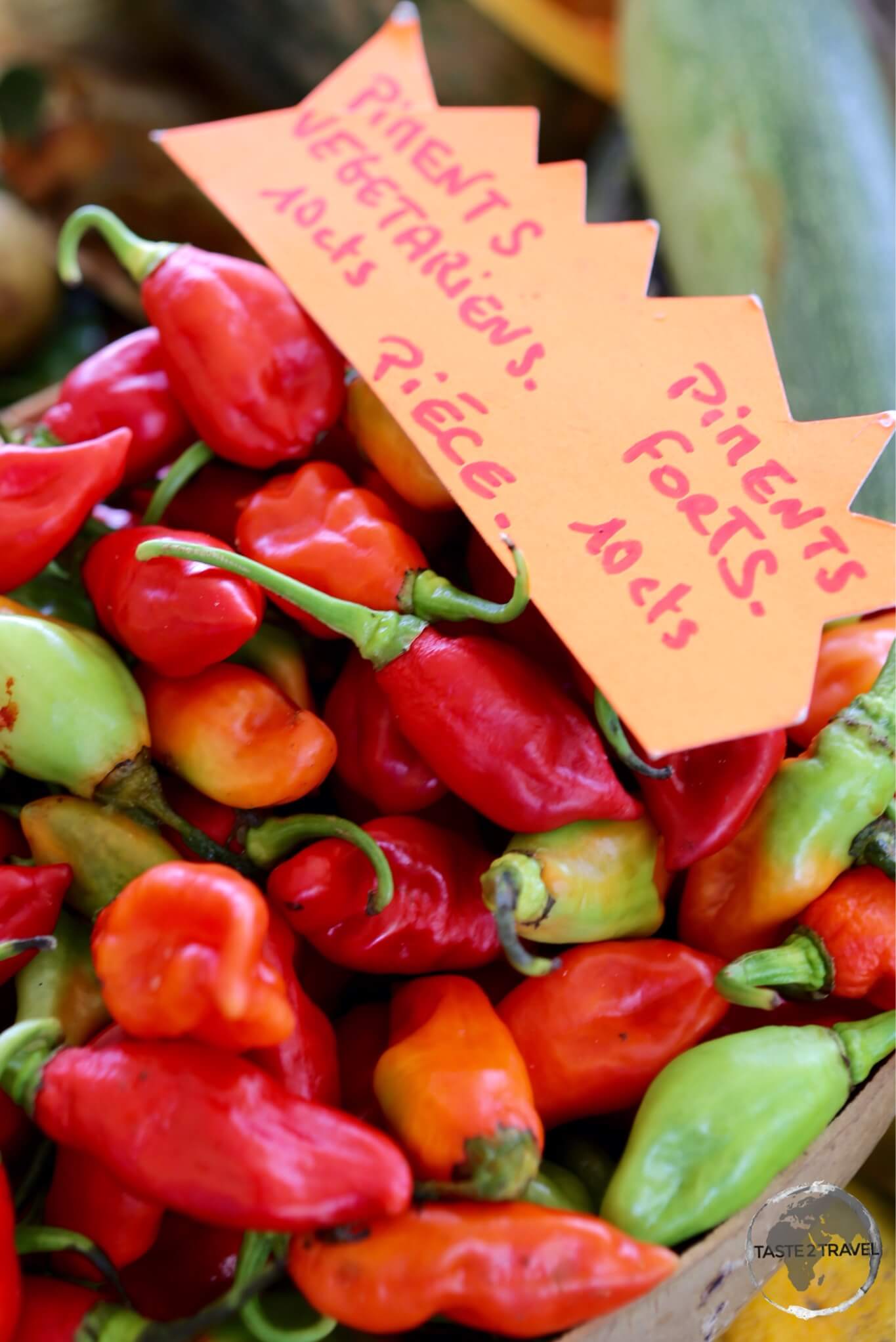 Being French you can be sure the culinary offerings on Martinique would be worth a trip on their own. Many chefs have relocated from France and have established fine dining restaurants.

The cuisine of Martinique is a hybrid, mixing elements of African, French, Carib Amerindian and South Asian traditions.

One of its most famous dishes is the Colombo curry – a unique curry of chicken, meat or fish with vegetables, spiced with a distinctive Marsala of Tamil origins, tamarind and coconut milk or rum. I first tried this dish in French Guiana, it’s a favourite meal throughout the French Caribbean.

Some nationalities require visas for Martinique – check your visa requirements prior to arrival.

At the neighbouring Anglo-island airports, you are subjected to painfully slow immigration queues, however formalities on Martinique are fast and painless. If you hold a European passport you can expect to sail through immigration without stopping to have your passport stamped. Other passport holders will need to get their passports stamped but this takes just a few seconds. Unlike other islands, there is no arrival card to be completed.

The following airlines provide services to/ from Martinique:

There is a scheduled ferry service connecting Martinique with St. Lucia, Dominica and Guadeloupe. The ferry terminal is located in downtown Fort-de-France. The service is operated by the Guadeloupe based Express-des-Iles. Check their website for schedules and fares.

The road network on Martinique is extensive and well-maintained, with freeways in the area around Fort-de-France. Compared to the neighbouring Anglo-islands, the roads on Martinique are in excellent condition with lots of signage so you’ll never get lost.

There is a comprehensive bus network on the island, with most routes originating at the busy terminal in Fort-de-France.

The best option for exploring this vast island is to hire a car upon arrival at the airport. Unlike the neighbouring Anglo-islands, car rental on Martinique is cheap. All of the international agents have offices at the airport and they offer large fleets of French cars. Most cars on the island are manual – not automatic.

Unlike the Anglo-islands, the French government does not raise revenue by forcing tourists to purchase a local drivers license. 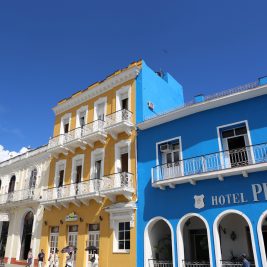 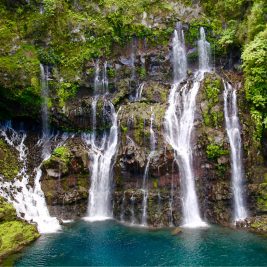 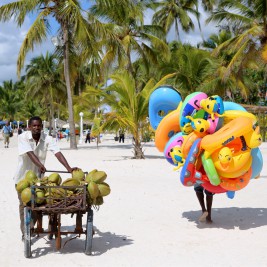 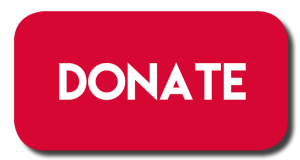