This is a short post on diving Sipadan Island in Malaysia.

Yes! That is me on the cover photo, surrounded by a huge school of Jack fish while diving on the amazing island of Sipadan, a remote Malaysian island which lies in the Celebes Sea, a short hop from the Philippines.

Sipadan is the only Malaysian island which lies in an ocean and was formerly part of Indonesia. Rising up 600 metres (2,000 ft) from the seabed, the island was formed over millions of years by living corals growing on top of an extinct volcano. More than 400 species of fish and hundreds of coral species can be found in the waters around the island, making Sipadan one of top diving destinations in the world.

Located 5° north of the equator in the Celebes Sea, Sipadan island is 35 kilometres offshore from the city of Semporna, a city in Sabah, Malaysia.

Organising a dive trip to Sipadan requires some preparation, which includes applying for a dive permit. Currently, just 176 permits are issued each day.

While there is an old, former resort, on Sipadan, this closed long ago. All accommodation is now located on the nearby islands Pulau Mabul, Pulau Kapalai and Mataking.

A very useful resource for planning a trip to this spectacular island can be found at Sipadan.com, which includes a very useful dive site map.

This video was taken three years ago by a fellow diver – Philipp Heinle – during a few days of incredible diving on the island of Sipadan in Malaysia. I’m the diver sans wet-suit.

The easiest way to reach Sipadan is by flying into Tawau Airport. The following airlines offer regular connections:

From Tawau airport, you can take a bus to nearby Semporna, then a boat to the island of Mabul (Pulau Mabul) where you’ll will find plenty of accommodation options, restaurants and dive companies which operate daily trips to Sipadan.

A highlight of Chilean Patagonia are the three tow

Do you know who built these statues and why they w

The 'Three Sisters' are a famous landmark located 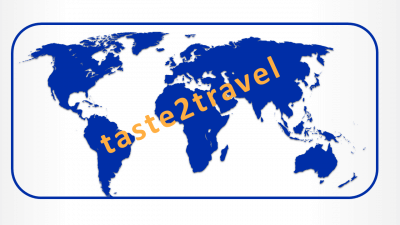 Looking for a list that’ll keep count of the countries you’ve visited?